How many times have you picked up some granola that looks totally healthy and then you look at the ingredients and the HORROR!!! Can you believe what they put in the granola these days and try to advertise it as healthy? I mean really the last time I checked there was nothing healthy about sugar and corn syrup. When I first converted to a plant-based diet I did run across some pretty healthy granolas but they did included sugars in the form of things like brown rice syrup, honey, agave or maple syrup. Even though those sugars aren’t as bad as corn syrup they still don’t agree with me. I was determined to come up with a healthy granola and after several tries I finally hit upon one that not only I enjoy but my body also appreciates. 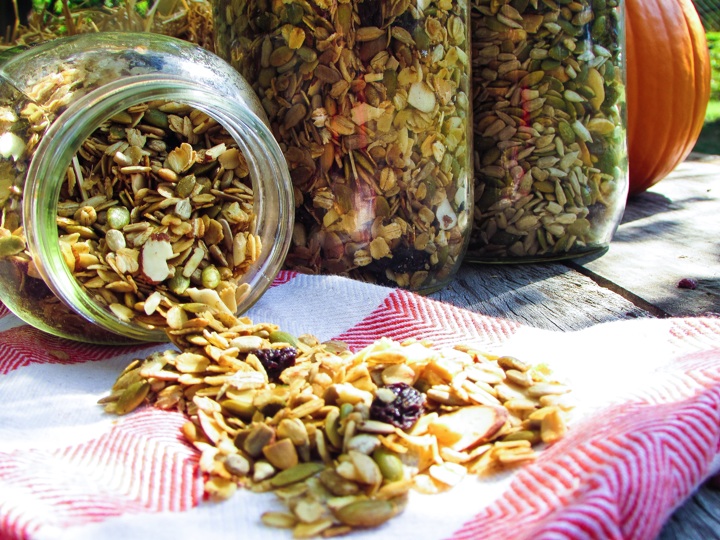 This mixture is a cross between a granola and a muesli. A typical muesli is made up of ingredients such as oats, fruit and nuts and that is basically what makes up this granola. I LOVE this granola as a breakfast alternative. I usually take a couple of jars with me when I go on vacation. No matter where I am traveling, I figure I can always scrounge up some fresh fruit and almond milk. Another reason I like to take this when traveling is because it also makes a great snack. Sometimes I have been known to mix a little of this granola with a spoonful of peanut butter – yummy! I advised my hubby to try this when he first switched to a plant-based diet because it is a pretty hearty snack even for him. 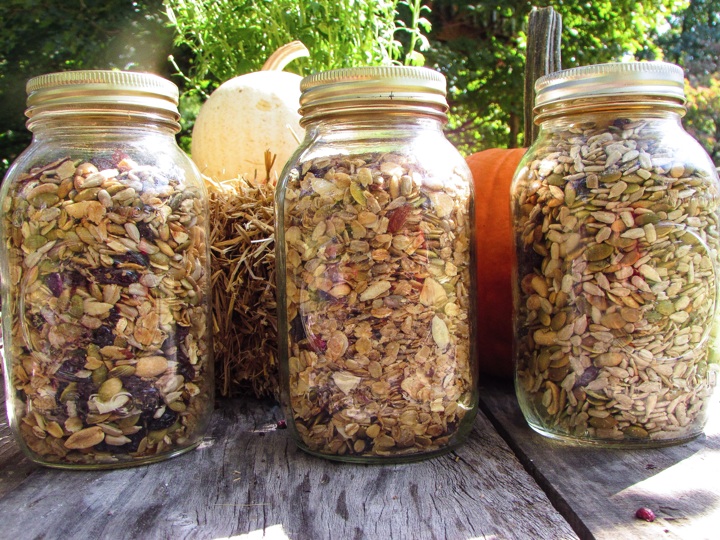 The best part about this recipe, besides the fact it is easy, is you can make a huge batch and it will last for a few weeks. You will only need a few ingredients…gluten-free oats, sunflower seeds, pumpkin seeds, almonds, raisins, flax-seed, cinnamon and the secret sweeteners are – COCONUT OIL AND ALMOND FLAVORING! Yes, you can have a sweet enough granola using just these two ingredients + the raisins. Trust me, I promise! By the way, did you know that it has been said that coconut oil can reduce belly fat!!! I say bring on the coconut oil and bring on the granola! 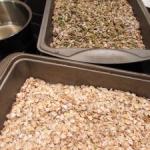